An action packed first half started with an early penalty to Gloucester taken comfortably by Lleucu George putting the Cherry & Whites in front. Bristol replied moments later with a penalty in front of the posts and the score was levelled by Elinor Snowsill. Another penalty from Lleucu George put Gloucester back in the lead. The sides seemed pretty evenly matched with neither team able to make it through the defence, it wasn’t until Tatyana Heard picked up a loose ball on her own 22m line and put on the afterburners. After a 20m break, Hannah Jones provided a support line and was through for Gloucester-Hartpury’s first of the game. Bianca Blackburn finished off the first half with a try in the corner sending Gloucester into the break with a 16-3 lead.

Both teams again started strong in the second half, but the dancing feet of Hannah Jones, sucked in 3 defenders putting Daisy Fahey through the gap and over for Gloucester’s 3rd try of the game. Bristol were unable to gain any ground looking frantic in attack. A fantastic steal from a lineout by Gwen Crabb, on Bristol’s 5m line fuelled the Cherry & White’s fourth try of the game. After many phases it was Sarah Bonar who powered over for the bonus point try and Lleucu George added the extras. 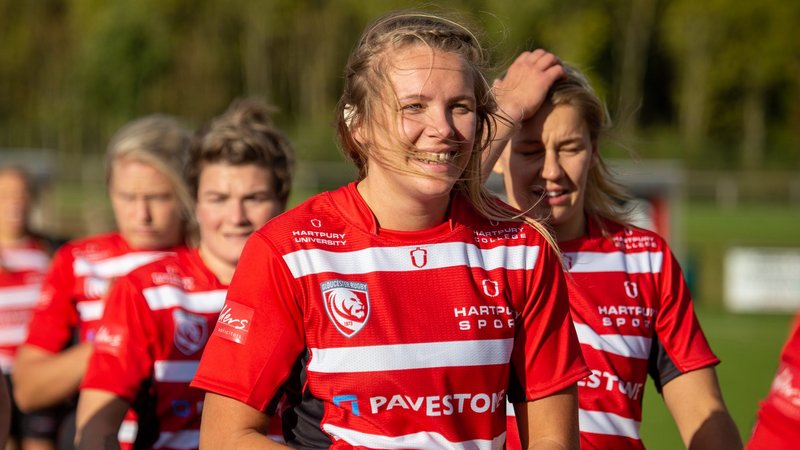