The Gloucester Rugby U18s took part in four fixtures throughout May pitting themselves against the other RFU regional academies. Club doctor, Karen Jones, and the medical team at the Club have been a driving force behind the return and ultimately setting the standards for the Academy’s safe return. This has enabled the Academy to restart at U17 and U18 level, so we thank the medical and athletic development teams for their support.

The U18s took on Leicester Tigers (A), Worcester Warriors (H), Wasps (H) and then finishing with the short trip to Truro on Bank Holiday to take on Exeter Chiefs.

Captained by Rob Nixon (Sir Thomas Rich’s School) who led from the front with some impressive performances at number 8. Dynamic ball carrying and defensive displays, Rob played a vital role both on and off the field, and remains an exciting prospect for the future. 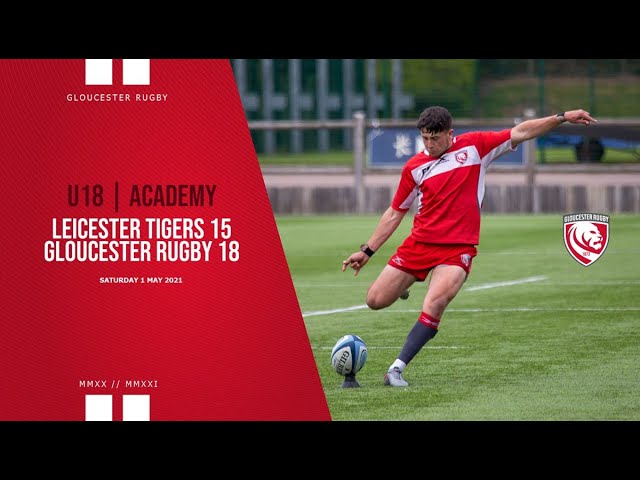 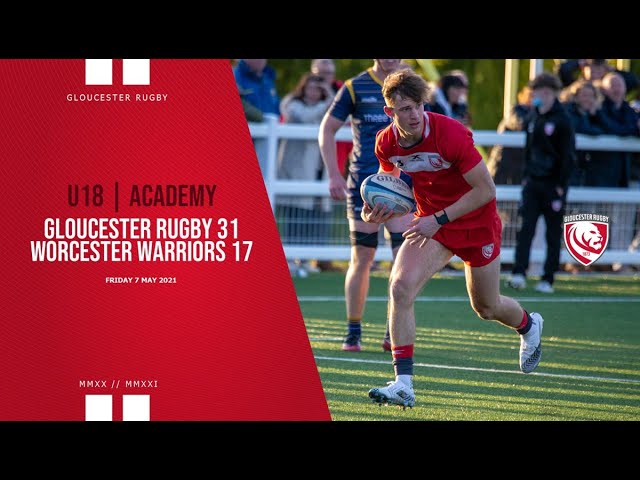 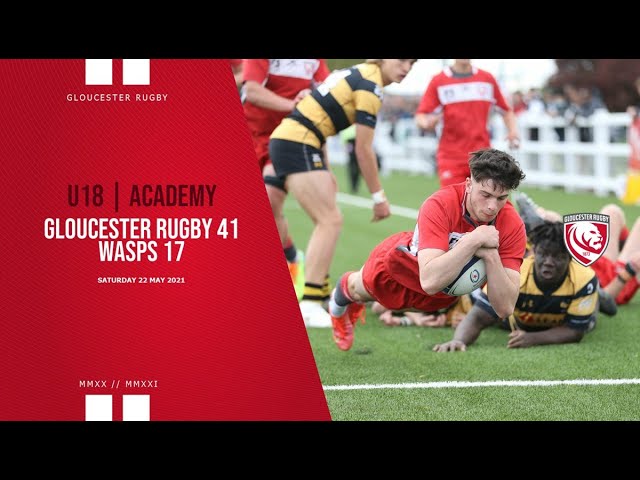 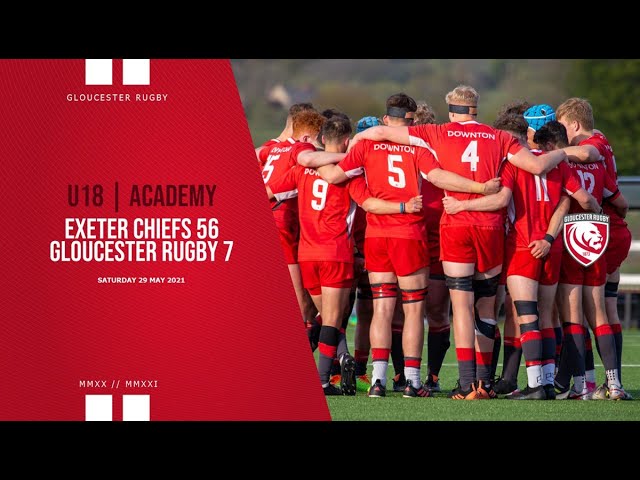 “From a coaching perspective, it was incredibly rewarding to see the unwavering efforts the young group have put in since January, transfer to the shortened Academy League games format.

The young Gloucester group became closer as the games went on and delivered some memorable performances that they will cherish, most notably the victory against Leicester Tigers away being stand out for them.

The progression and development they made was a joy to watch and will stand them in good stead for the next stage of their rugby careers, whatever pathway that may be.

A special thank you must go to the boy’s parents who have made sure they have been able to continue to play the game they love, from transporting them to training every week for months on end or the long trips away, which included Truro last Saturday!

Thank you for the support.”

“Something that we pride ourselves on is making sure those who come through the pathway are given opportunities but to also find the balance of bringing in players later in the pathway. Not everyone develops at the same time or speed, so it is important to keep the pathway open. We have always wanted to create a strong team bond and with the challenges we have faced it has brought the team closer together. These games are always exciting because you are not aware of what other clubs are doing but we focus on ourselves, our pathway and ‘results’ speak for themselves. Whether that is translated in winning results, players coming back from long term injury, U18 debuts or Senior Academy contracts. It is always amazing to see the lads run out in Cherry and White.”

"The playing squad was mainly made up of U17s with several U18s. Having such a young squad and seeing the standards they set themselves on the pitch it will be exciting to watch in the coming years. Players such as George Merritt (Dean Close School), Sam Anson (Cleeve School), Ben Peters (Dean Close School) and Nathan Thomson-Lee (Hartpury College) to name a few.

"When players make their debut for the U18s they receive their U18 pin badge. Much like the Senior squad who are presented with their first cap on their debut the U18s receive a pin badge to remind them of the committed and dedication they have shown. This year the pin badges were presented to them by Club Captain Lewis Ludlow and Ed Slater who has also been assistant coach throughout the return to training. Having that reminder and having it presented by a senior player at the club is massive for the players. Buying into our values and giving their all every time they train or attend a meeting. It should not be underestimated what these players sacrifice to be part of the programme, something to be admired."

“Just seeing the boys back playing rugby was the biggest bonus with smiles on their faces. I have been very proud of the way the boys showed great maturity with all the disruptions and the younger lads coming in. We saw good attacking intent in the first 3 games but came up against a different type of opposition in Exeter where we did not show or adapt our play. We defended with great power and pride in all the games, again learning loads from dealing with the old pick and go again.

"Overall, I think the boys can be proud of the way they have represented the Gloucester shirt, hopefully we will see some pull it on again.

"I would like to thank all the staff for the hard work on and off the pitch from Zoom meetings to conditioning in their homes to Zoom chats from some amazing people.

"It has been a very tough year and I know the players are indebted to their support, their parents. Thank you for all the support they have given their sons and to the schools, colleges and clubs who are helping the boys on their journey’s. The future is bright for Gloucester Rugby.”

"The U17s and U18s now take a short break before returning to training over the Summer to continue the fantastic work they have already done. Focussing on their long-term development the players have thoroughly deserved their break!

"On behalf of the club, we would like to thank all the players for the dedication, their families for the support over the season and wish all players the best future!