The first half saw Gloucester-Hartpury smother Saracens in a huge defensive effort. From the off, Gloucester showed no mercy in making big hits and a strong defensive wall. Big performances came from Kelsey Jones, Georgia Brock and Tabitha Copson who tackled and jackled their way through the game.

However, 21 minutes in and Saracens found themselves edging towards the try line. Some good phases of play from their forwards, showed brute strength. Rocky Clarke making her impact, helping Poppy Cleall power over the whitewash. Harrison was successful with the conversion.

Moments later Gloucester are penalised just outside their 22, which meant, England fly-half, Zoe Harrison took the opportunity to kick, adding the extra points.

Gloucester continued to add momentum, using their kicking game to their advantage. But Saracens capitalised off the Cherry & Whites' mistakes. Just before half time, Saracens attack was thwarted by Tatyana Heard, and Natasha Hunt assisted to gain the turnover, which quickly developed into a driving maul. A physical battle in the first half.

After another restart and good charge, Saracens are penalised. Natasha Hunt goes for a quick tap and go, she pops the ball to Kelly Smith just inches away from the try line.  Poppy Cleall knocked the ball out Smith’s hands as she crossed the line.  Moments later, Gloucester seek redemption. Jones passes the ball to Smith in space, she uses her feet and pace to get around Clapp. Smith can’t be stopped and dives over the whitewash for Gloucester-Hartpury. Conversion missed.

A clearance kick from Saracens put Fleming into space, a hard chase and heroic efforts from Hannah Jones, saw Gloucester with a turn over. Bianca Blackburn with a box kick, put Heard on the receiving end making a big hit. A few phases of play, and Saracens get Clapp over the try line, in a diving masterclass. Mckenna added the extras.

Daisy Fahey with the restart which saw Tatyana compete for the ball in the air. A clean catch and powerful drive, saw Heard give Gloucester-Hartpury front foot. The forwards put Gloucester into a strong position and were able to wait patiently. Fahey puts in a long pass out to Millie Wood, who smashes through the Saracen defence to score. Conversion missed.

In the final minutes, Saracens continued to build on their performance. Looking for last minute points. Gloucester standing strong were able to hold Saracens up over the try line. As the rain began to fall, the referee blowed his whistle on a tough game in London.

Saracens showing their strength and Gloucester putting up a resilient fight. Onwards and Upwards! 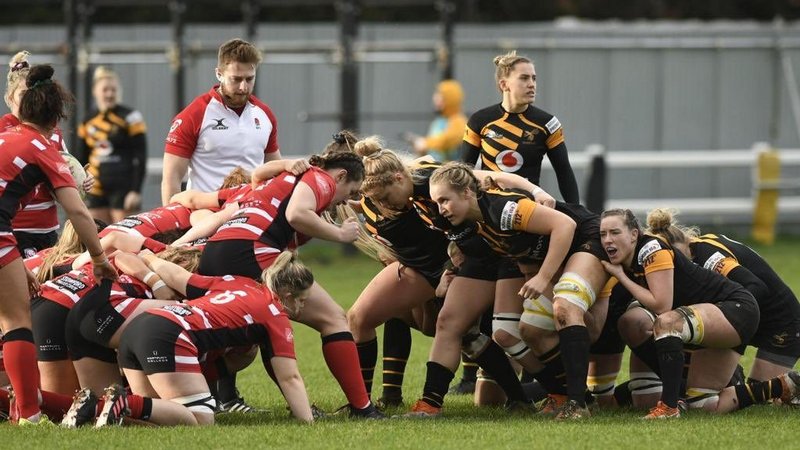 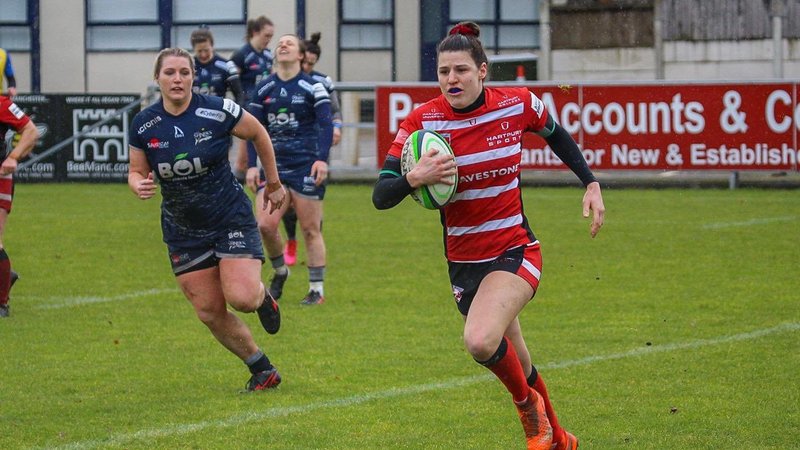 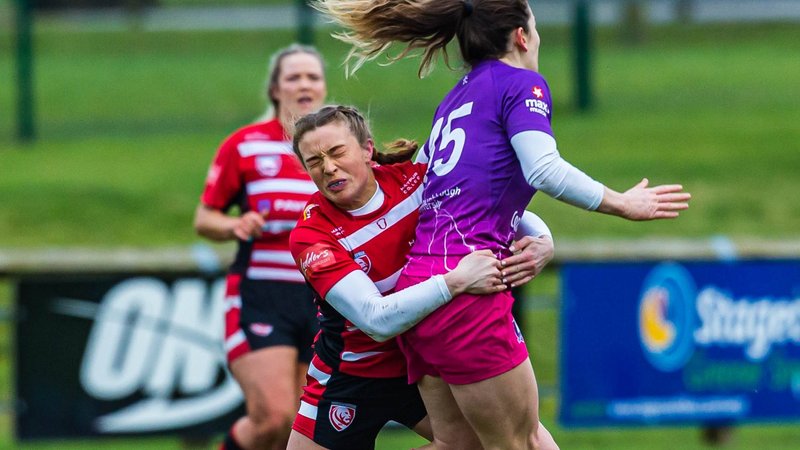